ASP continues to innovate, introducing other sterilization systems such as the STERRAD NX® System in 2005 and STERRAD® 100NX System in 2007.

STERRAD® System continues to be the market leader in low-temperature sterilization, trusted by healthcare institutions around the world to terminally sterilize instruments. Features of STERRAD® Systems are not superfluous; rather each were deliberate and intentional to directly address challenges that may occur in real-world reprocessing.

STERRAD® Systems, also referred to as Vaporized Hydrogen Peroxide Gas Plasma Sterilization, utilize an exclusive gas plasma technology to directly remove hydrogen peroxide residual from the chamber and instruments. Once hydrogen peroxide diffuses through the chamber and surrounds the instrument in the load, the low-temperature gas plasma is ignited by applying an electric field. Plasma causes the hydrogen peroxide vapor to break apart into free radicals. When plasma energy is terminated, the free radicals lose their high energy state and recombine as oxygen and water vapor.

ASP has a rich history of innovation in sterilization designed to ensure focus on our highest priority: keeping patients safe.

To learn more about STERRAD® System’s exclusive safety features or get a consultation from one of our experts, please contact ASP today. 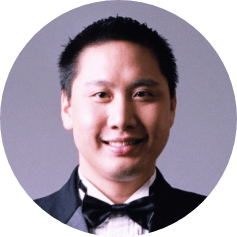 The third-party trademarks used herein are the properties of their respective owners. Important information: Prior to use, refer to the instructions for use supplied with this device for indications, contraindications, warnings and precautions.