Go behind the scenes with ASP’s Principal Scientist, Ben Fryer, technical lead in the innovation of STERRAD VELOCITY® Biological Indicator (BI)/ Process Challenge Device (PCD), the first and only all-in-one BI/PCD designed for the STERRAD® Systems. 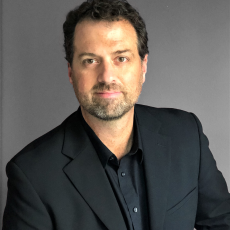 Ben Fryer is a Principal Scientist with Advanced Sterilization Products, where he is a leader in the Advanced Research and Early R&D groups.  Ben is the technical lead in many of ASP’s products including the STERRAD® 100NX System, STERRAD NX® System and recently the STERRAD VELOCITY® BI/PCD.  Ben is a published author, holding more than 50 patents worldwide and has won several industry awards for medical device design excellence.  Ben is also active on AAMI and is a US ISO representative for biological indicators.

Listen to the Beyond Clean Podcast

Don't have time to listen to the entire podcast?  Click on the timestamp to jump to the featured section.

Every step in the process for anything that touched the patient is critical. And, the products that ASP makes are an important part of that process. And, you know, we have a direct impact on the safety of any procedure performed on the patients.  Actually, I was wondering during one of those customer visits I've had over the years and an SPD lead told me a really good way to think about it. He said to me, each device is a patient. It's really kind of really brings it home right. Each device is someone's kid, it's someone's wife. It's someone's parent. It's somebody's loved one. So, you know, when that guy said, yeah, we save people lives, the reality is, is that we're there to support the folks in SPD who really are on the front lines. They count on us to do our job. So they can do their job right.

In addition to shortening the cycle times and the VELOCITY BI/PCD, we're also innovating on the documentation front. One of the things I learned in my career, and it definitely applies in any work in a hospital, if it wasn't documented, it wasn't done. So with the advent of ASP ACCESS, for example, and the way it integrates with the VELOCITY reader, we're providing a software that relieves the SPD staff these busy folks running, running, running from the manual record keeping by recording the cycle data automatically across all our connected devices.

ACCESS provides you the tools for trending, how your units are used in hospital by user, by load or what have you. You can also be used for troubleshooting. I've used the same data from the STERRAD to help a customer determine the reason they're having a higher cancelation rate on one of the units. Turned out it was a particular user have been overloading the chamber and I was able to determine that by just by looking at their data and say, hey, here's what you needed to change your process and it solved the issue. Yeah, that kind of data is super valuable, especially the peroxided monitor information we have on there that allows you it gives you a direct measure where the system is operating.

What was driving a lot of that was AAMI ST58, right. That's the standard that covers chemical sterilization and high level disinfection in health care facilities. That's the one that we need to comply with, with our biological indicators. And also, you know, the chemical sterilization that applies these hydrogen peroxide, gas plasma systems as well. So a couple of sections in that standard are about BIs and PCDs and have been you know, that's something that ASP and myself have been focused on for the last few years.

A negative BI does not prove that all items in load are sterile. A negative BI in other words, just indicates that the process conditions were adequate to sterilize just the BI.  It doesn’t say anything about the load. There's nothing about the performance of the process with respect to the load, but the concept of a process challenge device, what used to be called test packs, it's found in the same document there. If that is an item designed to constitute a defined resistance to a sterilization process and critically, it's used to assess the performance of the process. That's what differentiates it from a BI. It's used to assess the performance of the process. Again, a PCD has a defined resistance to the process. That basically means that if you're BI or PCD the BI PCD is negative, then the sterilization process was effective, critically important. So PCD really provides a higher level of assurance for the patient than just a BI.

In AAMI ST58, it states that a BI PCD should be used preferably in every sterilization cycle. So if you use them every sterilization cycle per the standard, you want that guy to be read out as fast as you can. So the 15 minute readout time is a big help there. And again, with this VELOCITY BI PCD you get the BI and the enhanced challenge that you get from a process challenge device all in one device, no need for additional packaging like the BIs found in other PCDs like, you know, for instance, no pouch, no additional materials, like, you know, like you find in steam test packs to ensure it performs as a PCD.

Yeah, so as I mentioned before, the VELOCITY BI can be paired with the ASP ACCESS and you can have these two guys work together, automates the data sharing and the record keeping. And you can implement hospital policies, which reduces your chances for error again, you know, you can set up the system to read once a day or once a cycle, depending on the hospital policy and the operator data, the cycle result and the load data, if it's included, is automatically stored in a database either whether it's in an IT system or in the cloud, and with it being barcode scanning, there's no need for paper records. It's at least as it relates to the by access can be configured, which is kind of neat, actually can be configured to even to text you for a given result. So if a cycle a cancelation, you can get a text on your phone saying, hey, there's a cycle cancel, go down there and figure out what's going on with that guy.

The cool thing about it is our customers can be confident in the sterility assurance of their systems before they're used on patients. The VELOCITY BI PCD can be read off in as little as 15 minutes, depending on how the readers configured. We have the fastest read time in the world for STERRAD compatible BIs. So that time savings, as you mentioned before, means faster release of instruments allowing the SPD or OR staff to increase throughput and, you know, keep up with the patient needs.