The "Why" and "How" - Low temperature sterilization with the STERRAD™ Systems

Why do I need a Low Temperature Sterilization System in my hospital?

Some of these technologies are related to potential hazards to patients and staff as well as lengthy cycle times, higher costs and resources involved.

How does the Hydrogen Peroxide gas plasma sterilization work?

The hydrogen peroxide solution is afterwards vaporized into a gas and transferred to the chamber, where it surrounds the devices and creates a biocidal environment that inactivates microorganisms with chemical interactions, applying a strong electrical field then creates hydrogen peroxide gas plasma.

The plasma is a “cloud” of highly energized species.

Once the electrical field is turned off the energized species recombine, turning the hydrogen peroxide into water and oxygen.2

In comparison to EtO and FO, H2O2 is a non-carcinogenic, non-mutagenic sterilant, which is broken down into non-toxic by-products (water and oxygen) when used as a gas plasma.

Patients and staff are therefore protected from being exposed to unnecessary health risks3.

Featuring ALLClear™ Technology, the STERRAD™ Systems are designed to maximize efficiency and compliance* in the Central Sterile Supple Department (CSSD).

With unique ALLClear™ Technology, STERRAD™ Systems have the ability to minimize workflow interruptions before they occur. It is the only low temperature sterilization platform with integrated quality-control features.

Designed with simplicity in mind, to reduce the potential for human error4

Check out the benefits for your operations in our summarized STERRAD™ Systems factsheets.

Key features of the STERRAD™ Systems with ALLClear™ Technology

Involving the combined use of hydrogen peroxide and low temperature gas plasma, they safely and rapidly sterilize medical devices and materials

Involving the combined use of hydrogen peroxide and low temperature gas plasma, they safely and rapidly sterilize medical devices and materials

ASP has an extensive evaluation program and experience with 100+ medical device manufacturers to establish material compatibility of their devices with the STERRAD™ System Sterilization Process. Find over 23,000 authorized device listings in the online STERRAD™ Sterility Guide.

ASP has an extensive evaluation program and experience with 100+ medical device manufacturers to establish material compatibility of their devices with the STERRAD™ System Sterilization Process. Find over 23,000 authorized device listings in the online STERRAD™ Sterility Guide.

Connectivity with your Instrument Tracking System

Connectivity with your Instrument Tracking System 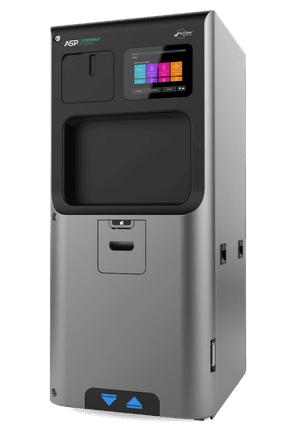 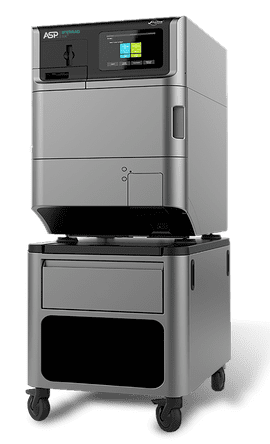 *STERRAD™ Systems with ALLClear™ Technology have features that may enhance compliance, such as on-screen reinforcement of user training.

Capitalized product names and ALLClearTM are trademarks of ASP Global Manufacturing, GmbH.Important information: Prior to use, refer to the instructions for use supplied with this device for indications, contraindications, side effects, warnings and precautions.